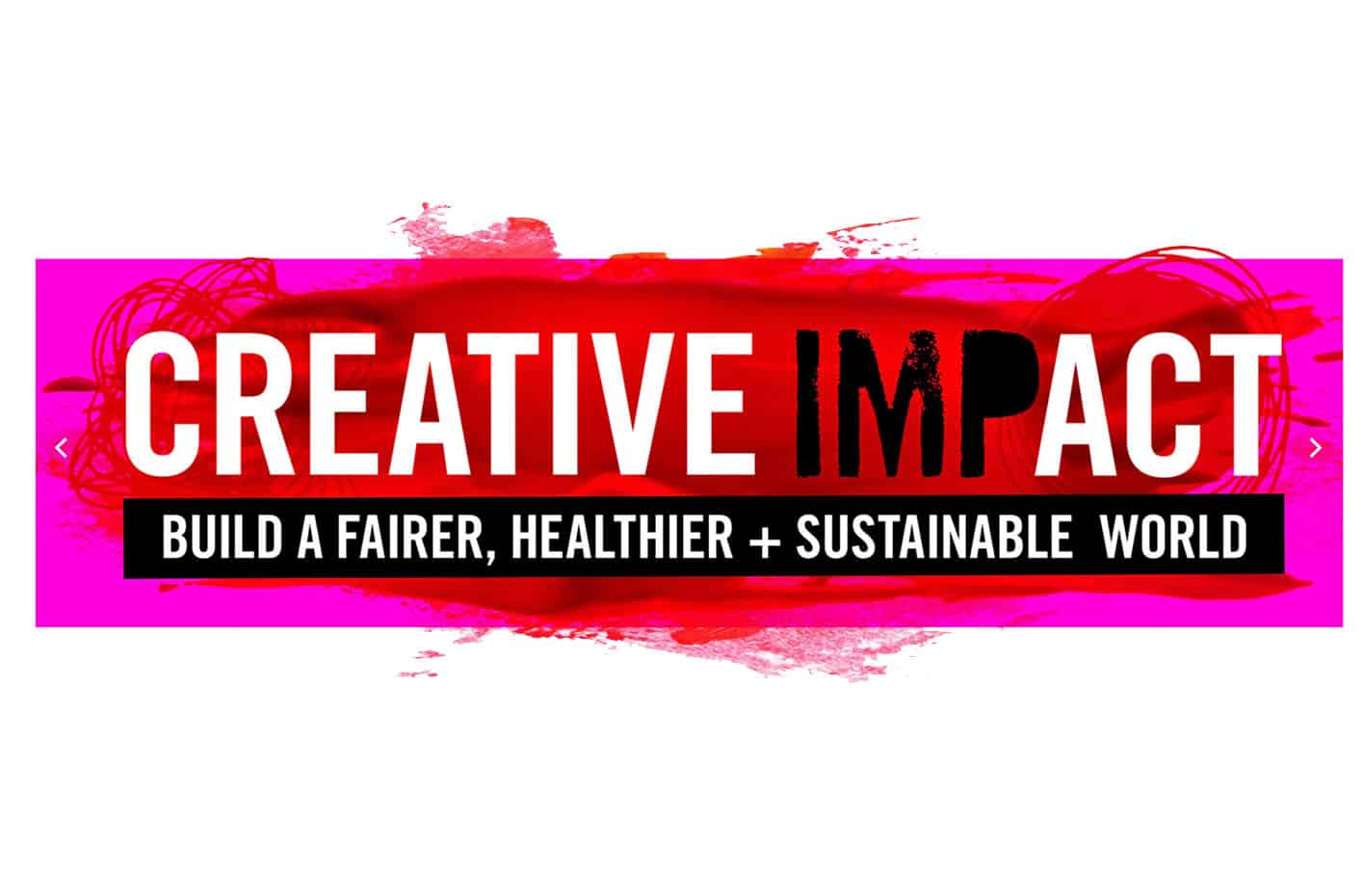 When considering what I wanted to do for my volunteering days this year, I came across the Creative Conscience charity, which aims to inspire designers and the creative industries to apply their talents to socially valuable projects. I was particularly fascinated by the opportunities it offers the next generation through its awards scheme. It is encouraging to know that designers have a say in changing the world. I was drawn to the charity’s Change Makers conference and offered to spend my two days volunteering there. I was incredibly lucky to be invited to sit in on some of the talks across the two days as well and also take part in a workshop on the final day with Pentagram’s Naresh Ramchandani.

My volunteering time was spent working as a steward during the conference, helping delegates to check in when they arrived, guiding them to venues at set times, updating them on the schedules and fielding any questions they had. I also looked after the speakers and panellists for the day.

The conference highlighted that creatives truly can and do have an impact on the world, whether this be a positive or negative one, and that they can change the world for the better in ways that may seem small but can touch lives. The creative industries hold the power to make social and environmental changes, as well as to positively influence the citizens of the world. However, a key takeaway from the talks was that, as leaders, we shouldn’t abuse this influence.

There were several session highlights for me over the two days. One of which was the Nuff Said project by Ravensbourne University students, spearheaded with the support of lecturers which had real impact in their local communities. Nuff Said challenges the lack of racial diversity in the design industry and provides opportunities for students to learn more about BAME creatives in industry that inspire them, building lasting connections and making diversity their ‘reality’.

Another highlight was Graeme Robertson, who showed how drawing from his own experiences and reaching out through his photography could truly change perceptions and encourage people in power to act in a positive way to improve the lives of children from disadvantaged communities and people with a similar condition to his own, Alopecia.

TryLife TV stood out for me because the creator, Paul Irwin, used his circumstances to inspire young people from disadvantaged backgrounds. He understands the power of media and the digital world, using it to engage with young people to produce interactive films that highlight the impact of different choices they make in life, directing them to relevant support, health services and charities. Each episode is based on real life situations, including the locations used across the country. The people involved with this project were given opportunities that they may not have been able to get if not for Irwin’s work and the series has had an astonishing response from young people online.

Printmaking is one of my personal interests and it was inspiring to hear Anthony Burrill’s story about how he uses his passion and skills to make a difference on many different levels. His work is recognised globally, including his screen print piece made from crude oil in the wake of the disaster in the Gulf of Mexico. A great example of how you can use your passion to raise awareness of important environmental issues.

During the workshop with Naresh Ramchandani, we were restricted to using A3 sheets, a select few graphic icons and cut out letters. Firstly, we brainstormed things we enjoyed, then things we wanted to change, making links between how we can use our creative passions to change the areas we didn’t like, even if the issue seemed simple. We then used this thought process to create protest posters on an issue that we were passionate about, forcing us to think about clear and concise communication. The end result was really positive and everyone involved created something completely different.

At the end of each day at the conference, delegates gave a pledge to commit to a certain action to affect change and we were encouraged throughout the day to speak to someone we hadn’t met before as community and collaboration are just as important when wanting to make a change. Every seemingly small action can make a difference. I was inspired to always consider the impact and purpose of every design I make and how it will benefit others.