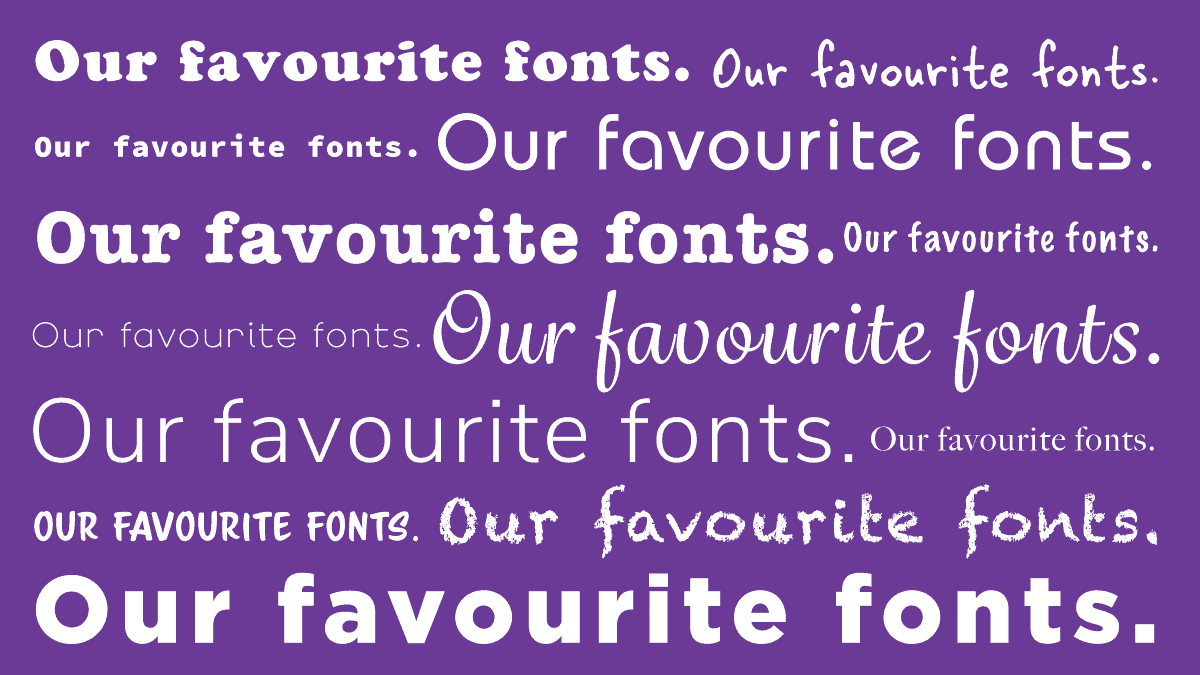 Our favourite fonts and why…

Did you know that there are thought to be at least half a million fonts in existence?! Taking a deep dive into the minds of our brilliant design team, we asked for some of their thoughts on their favourite fonts and why. Find out more…

Alan, Senior Designer: “It’s thrilling to look back, long before the Koreans invented movable type, and investigate the origins of writing. From a rich landscape of favourites from Mesopotamian cuneiform impressed into wet clay or the ‘oracle’ bones of Shang dynasty China, the stunning discipline and artistry of calligraphy and illuminated text within the Lindisfarne Gospels is mesmerising. It’s something I look forward to revisiting when the British Library is open again.

I’m reminded that the British Library, in 2019, put on a rich and informative exhibition (called Making your Mark) that covered calligraphy and typography from those ancient times to present. Seeing the ancient scripts alongside digital type I couldn’t help thinking then, as I do now, that although the variety and accessibility to digital fonts has increased exponentially from the boom of desktop publishing in the 1980s to the 21st century, there seems to have been a narrowing of innovation and creativity in font usage. Arguably a factor could be the reliance of portable digital devices we use to access information. Fonts specifically designed for legibility on digital displays and accessibility is key, which is why I have used Source Sans Pro as a body copy font in my current web project.”

Blessing, Junior Content Designer: “Sans serif fonts feel structured and sturdy, I enjoy exploring these in my designs; especially when the font families have a versatile range of font styles which scale well both in print and digitally, for example Source Sans Pro and Montserrat. Noto Sans also supports several languages, so that can be really handy for keeping a design uniform across languages without having to use more than one font family, unless another style is needed. I think there are several decorative fonts that can be explored and I enjoy using fonts that display personality and feel as though they were handcrafted, this can bring a more human element to designs.”