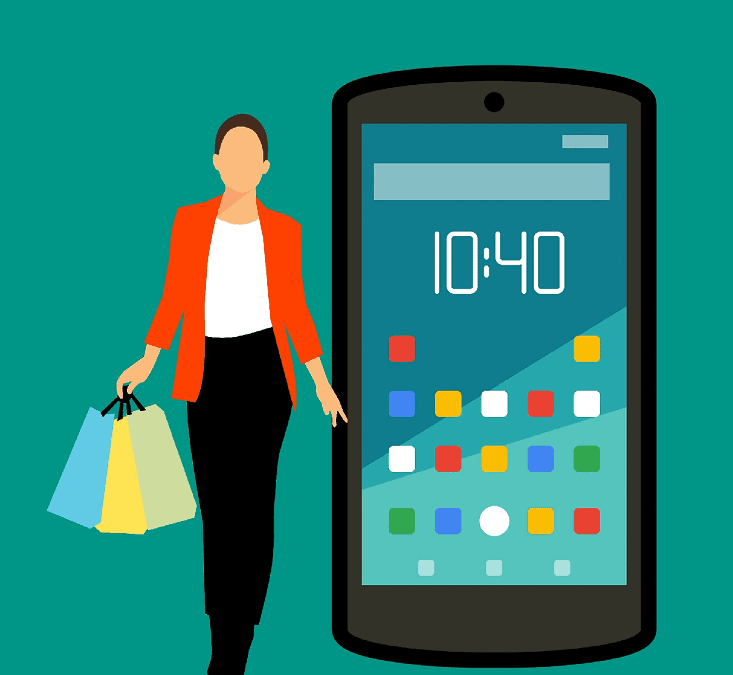 I can confidently say that I know I am not the only one guilty of over-indulging in online shopping during the pandemic – and not out of necessity for things like food and essentials but luxuries too such as clothes and make up. It was inevitable – I was spending more time on my phone with no hope of being in a retail environment any time soon targeted by beautiful and compelling ads multiple times throughout the day. I didn’t stand a chance.

To add a bit of clout to my observation, a 2021 report from Retail Economics and Natwest has found that, since the pandemic began, nearly half (46%) of UK consumers have purchased a product online that they had previously only ever purchased in store. Of course, online shopping is nothing new but shoppable social as a growing subset of this market is more so. Shoppable social or social commerce is when a transaction takes place entirely on social media, from finding the product to adding it to your shopping basket to clicking ‘buy’.

Pinterest, interestingly, was first to make the move when it offered Buyable Pins although the user is taken to an external site to complete their purchase, making it almost social commerce but not quite. Instagram introduced a checkout function where users could pay for products with major credit cards and PayPal. Then last year Facebook upped the ante and announced the roll-out of Shops across Facebook and Instagram allowing brands and businesses to create digital storefronts where they can host ‘catalogues’ of products with links to purchase either on the retailer’s own website or within Facebook.

Brands are capitalising on this “shopify” effect – encouraging more and more people to ‘buy now’ at multiple points of engagement. Perhaps more significantly, consumers now expect product availability from social media channels and maybe that is a valid expectation. Social commerce is a natural extension of our behaviour; we already use social media channels for product research so why shouldn’t we be able to buy from there too?

Where this is really booming is China. According to Statista, China leads the way in social shopping; with 713 million social commerce users the industry has grown 66% in the past year. And we’re not just talking about social commerce as described above but livestreaming ecommerce, which has been extremely popular in China for a while now. Certain brands can generate half of their annual sales in one day thanks to livestreaming. So, what is livestreaming ecommerce?

Livestreaming ecommerce is promoting and selling products through influencers or celebrities (known as Key Opinion Leaders in China) on their own social media channels. As Forbes describes it: “It’s like Home Shopping Network, but with charismatic, trendy anchors. It’s also been described as part infomercial, part variety show”. It gives brands new ways to connect and sell to customers without relying on in-person events. Nearly half (49%) of online shoppers agree, “I would buy products directly from live videos where brands, celebrities or influencers I follow are launching new products.”

By way of illustration, Viya, known as the queen of Chinese live streaming, achieves off the chart monthly views of over 839 million, “Lipstick King” Austin Li has previously sold 15,000 lipsticks in five minutes and on Singles’ Day (the world’s largest ecommerce festival) 30 live stream channels on Alibaba’s Taobao Live generated $15m+ in sales. Recently, the US has seen more brands move into this area of ecommerce too with Estée Lauder generating $300m in sales on Singles’ Day.

Marketing experts are predicting that livestreaming ecommerce will be more prevalent in the West in 2021. Here are a few examples making their way onto our screens in this way:

How many things can one trend weave together? Social media, video, ecommerce, entertainment, real time, no wonder livestreaming ecommerce has captured the attention of so many. Coupled with the already popular shoppable social I suspect we will see a lot of experimentation, creativity and innovation from brands over the coming year.