‘Tis the season for giving back 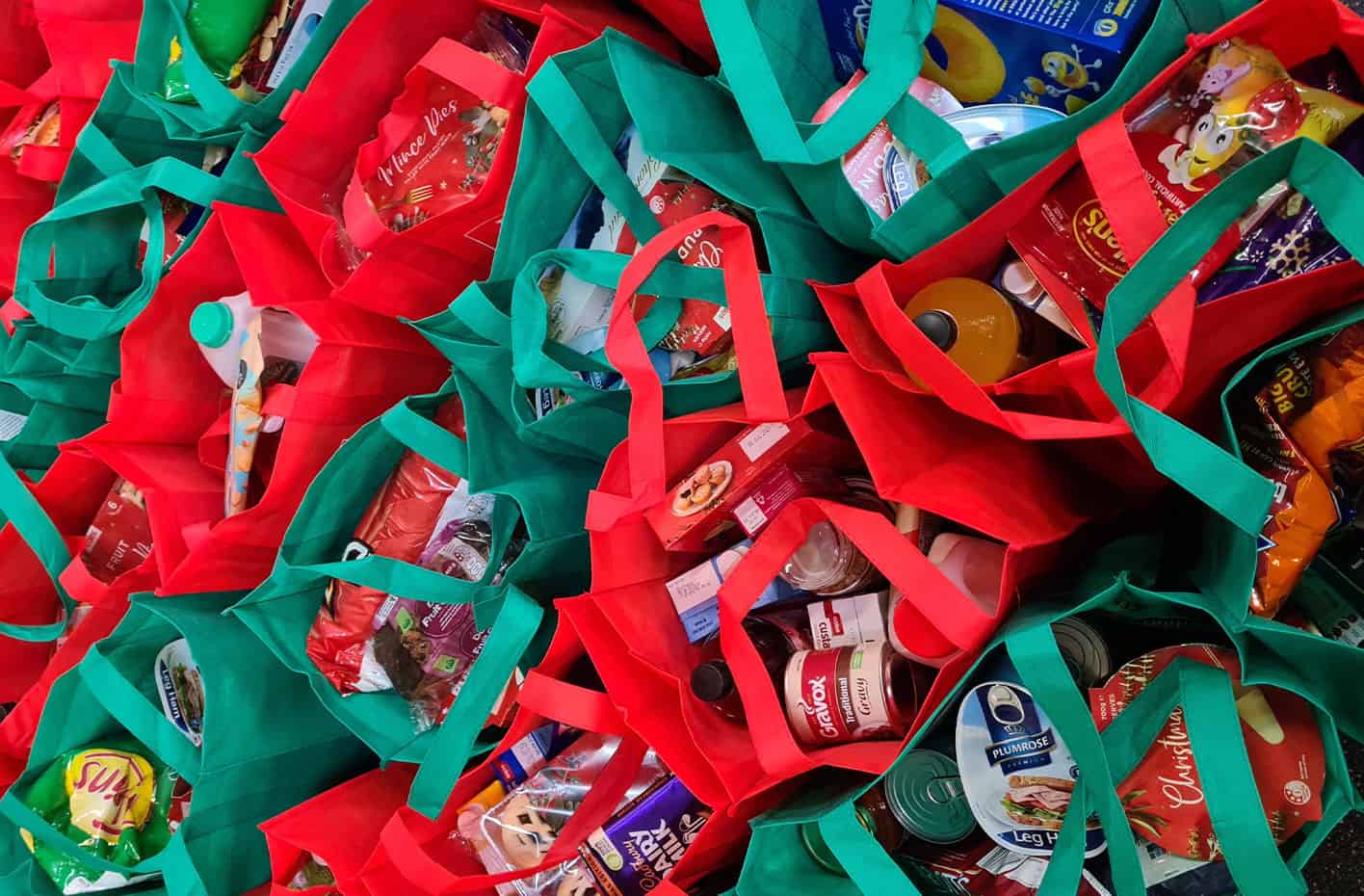 ‘Tis the season for giving back

An estimated 14.3 million people are living in poverty in the UK. This is a shocking statistic and hard to hear, especially following the unique year that we have had, which has been so tough for so many families. This festive period we have all wanted to do our part in giving back. For the last few years, we have been involved in the annual Christmas food hamper collection for Cambridge City Foodbank and 2020 is no different.

Although slightly different to last year, when an incredible 40 hampers were collected and donated by businesses from around St John’s Innovation Centre and Park, this year we decided to keep it a slightly smaller affair. Working together – while sticking to all social distancing rules – the team compiled a number of food hampers, which have been donated to the Foodbank and will be delivered to local people in need this Christmas.

Alongside the Christmas hamper donation, this month, the team also contributed to CHS Group’s Christmas Shoe Box Appeal. As part of this appeal, CHS Group encourages businesses and families to donate shoe boxes, filled with presents, alongside festive cards with special messages to the residents, ensuring that everyone in its sheltered housing will have a gift to open this festive period. The team donated four shoe boxes to the appeal, accompanied with a selection of thoughtful messages for those in need.

At Conscious Communications, through an annual internal volunteering programme, each team member receives two paid work days to support a charity of their choice and it’s fantastic to be able to use our expertise to help out charities that do such meaningful work. Past charities that the team have supported include The Lady Garden Foundation, a national women’s health charity that is raising awareness and funding for research into gynaecological cancers; and Stars, which supports young people in Cambridgeshire facing grief and dealing with loss. As many members of the team have been unable to fulfil their two days this year due to the national lockdown, throughout December, we have been working pro bono on the 31 Stars campaign with charity Tom’s Trust. Tom’s Trust has pioneered a psychological care and support programme for children with brain tumours and their families in hospitals within the UK and has a vision to implement this within every UK hospital that treats children for brain tumours.

Throughout the month of December, renowned runner and Guinness World Record holder, Ben Blowes, is running 31 sub-four hour marathons in 31 days, as part of the campaign to fundraise for the vital provision of psychological and mental health care for children with brain tumours in the North East and Cambridgeshire. By completing a marathon a day, Ben hopes to raise enough funds for Tom’s Trust to provide a full year of psychological care for 31 children suffering with brain tumours. As part of our work, the team has been overseeing media relations and social media activity as well as running a celebrity outreach programme to engage famous faces with the campaign and to get them to promote it on their social channels, all the while driving important recognition and donations to the charity.

So far, the team has secured coverage of the campaign with ITV Anglia, BBC Radio Cambridgeshire, Heart radio, BBC Look East, Channel 5 and Sky News, amongst others; it’s heart-warming to see such a great response to a wonderful project. If you are interested in donating, or just finding out more about Tom’s Trust and the vital work that it does, please visit: https://www.tomstrust.org.uk/31-stars-31-marathons-in-31-days/.