If there is one thing that I have learnt in my first venture into the communications industry it’s the importance of staying connected.

My first month at Conscious Communications has taught me a whole host of personal and professional lessons for both the workplace and for life.

The need for good and honest public relations in society has been made all the more apparent in times of lockdown and isolation. So too, however, is the need to stay in touch with colleagues to develop and maintain the relationships that lie at the heart of every company. Conscious Communications has made no exception to this rule. Thanks to Google Meet, Slack and WhatsApp, the team has continued to support each other and, as a new recruit, I have felt very welcomed and informed about client work and ongoing projects. Virtual coffee and tea breaks – at the start and end of each day – allow for further opportunity to socialise and check-in with every member of the team.

In this day and age, thanks to the great advancement of technologies and means of communication, we are blessed with the ability to stay as connected as ever before. It hasn’t, however, always been this way. Allow me to introduce a certain Terry Waite.

Terry Waite was an envoy to the Archbishop of Canterbury, Robert Runcie, who shot to national prominence in 1987 when he was captured and abducted by Hezbollah, the militant Islamic group in Lebanon. Waite had been engaging in negotiations to free a group of men who had been detained during the hostage crisis between 1982 and 1992.

Waite spent the next 1,763 days locked in a pitch-black cell, where he was chained to a wall, with no company other than his own. He was not to see another human being for four years. Waite remained alone until the last few weeks of his imprisonment where he was only moved to another cell with three other hostages as a result of suffering a serious bronchial infection.

Waite speaks of how even in the darkest of places, there was always comfort to be found in the company of others. He referenced how American journalist Terry Anderson, during his most painful and breathless moments in the night, would reach over – “as far as his chains would allow” – and place his hand on top of his own. 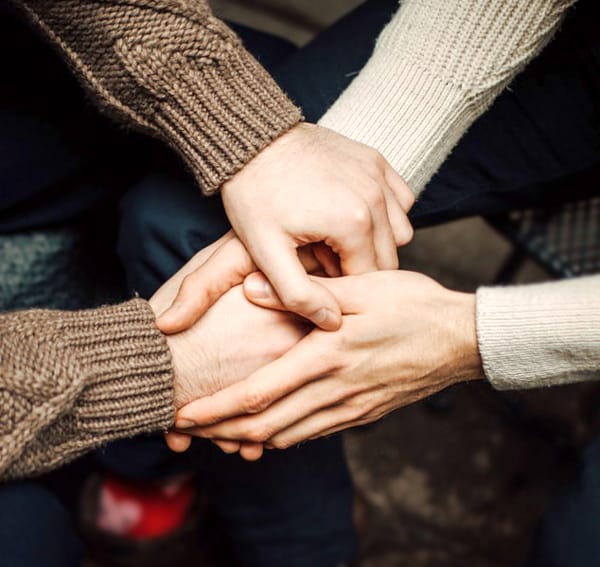 “Just to know that he cared brought me tremendous comfort.”

Waite was released in November 1991 after a series of successful negotiations by the United Nations.

Whilst Waite’s story is, of course, an extreme one, its message remains just as important.

My first month at Conscious Communications has taught me that public relations can be that supporting hand in the middle of the night to comfort and to help. The company’s involvement with a number of charitable initiatives and clients intent on driving positive social change, such as the CHS Group, Cambridge 2030 and Velocity Commerce, gives me faith in the potential that PR can bring about in communities and businesses alike.

Waite’s advice for the current climate is invaluable: “In solitude we are in fact together, so, keep hope alive and don’t allow despair to destroy a difficult but potentially creative period of your life.”

Thanks to the help and support of my colleagues, my start to life at Conscious Communications – although not without its challenges – has been fairly straightforward. The efforts of my colleagues and our clients to respond to every challenge and situation that is thrown at them reiterates the need for greater solidarity and collaboration in the corporate world. Whether in times of lockdown or more normal times, we can all learn a thing or two from Terry Waite.